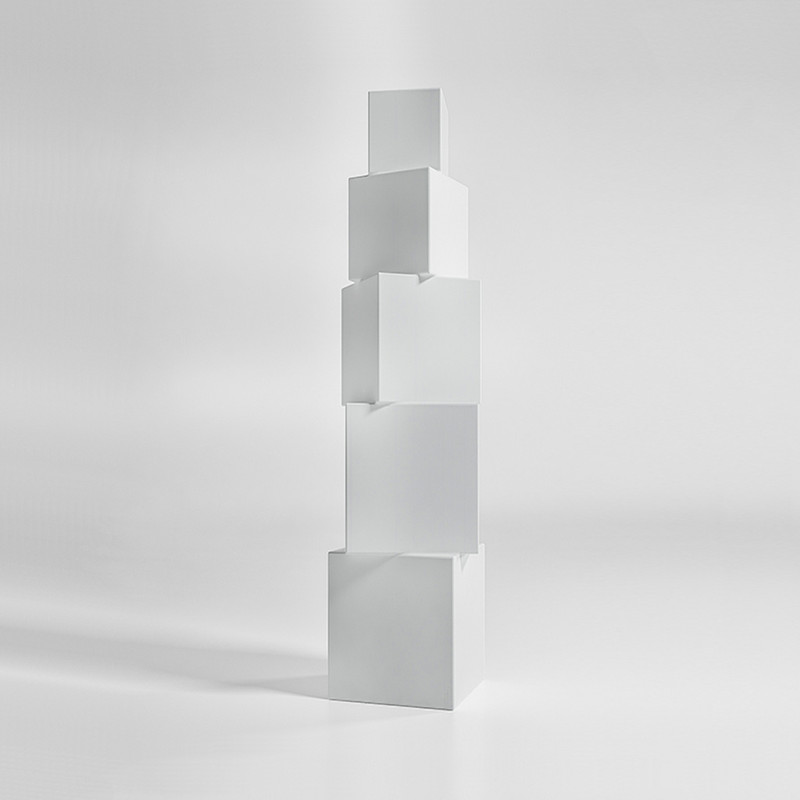 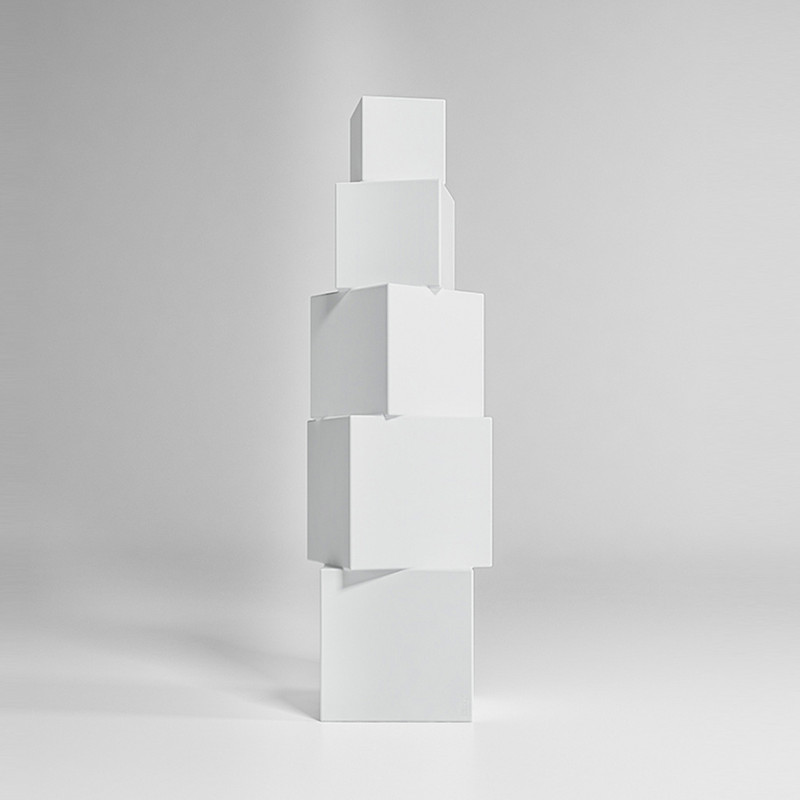 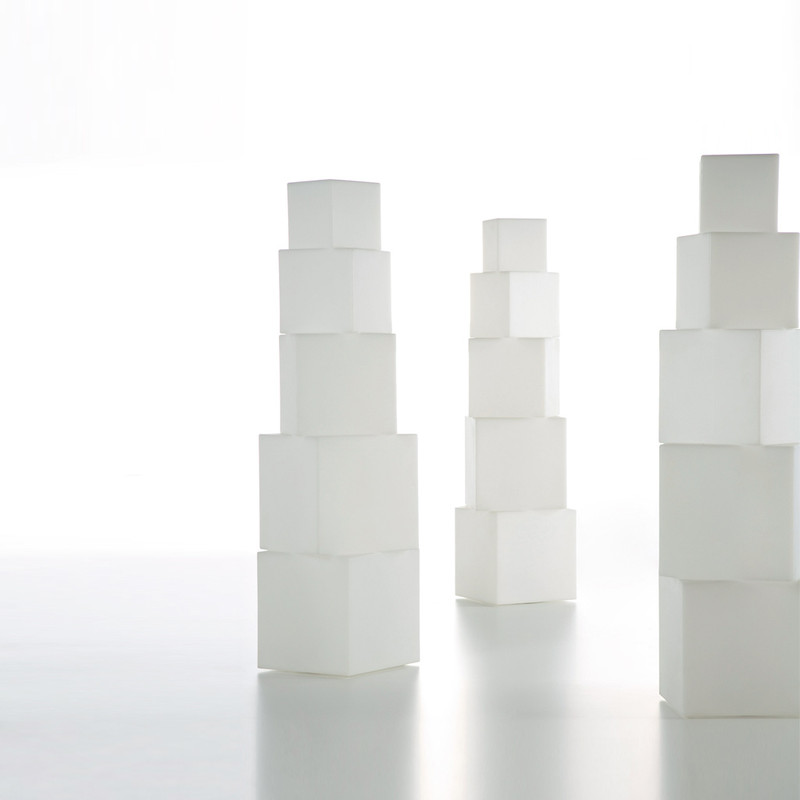 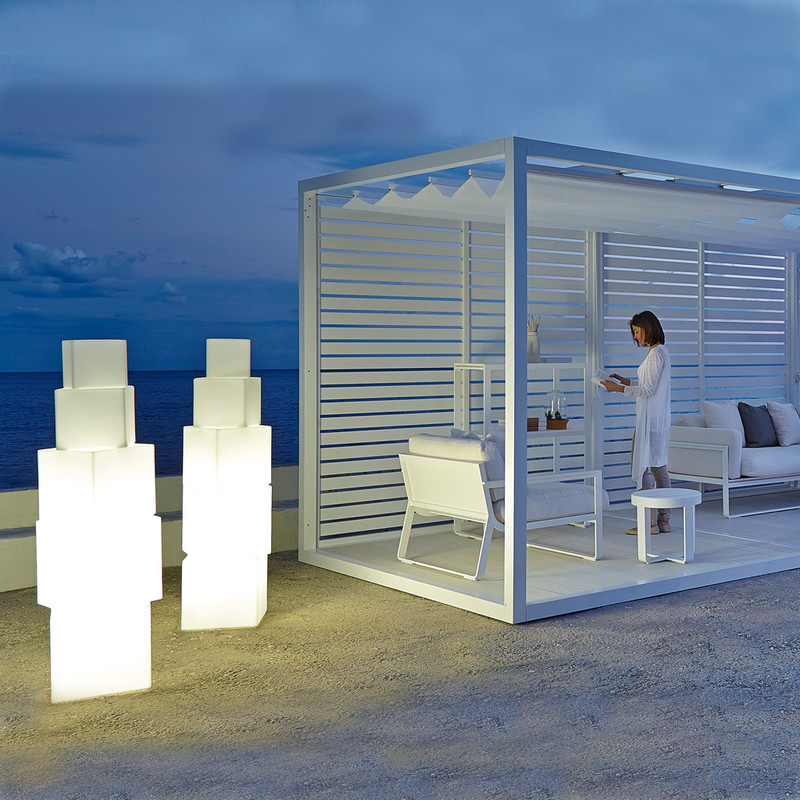 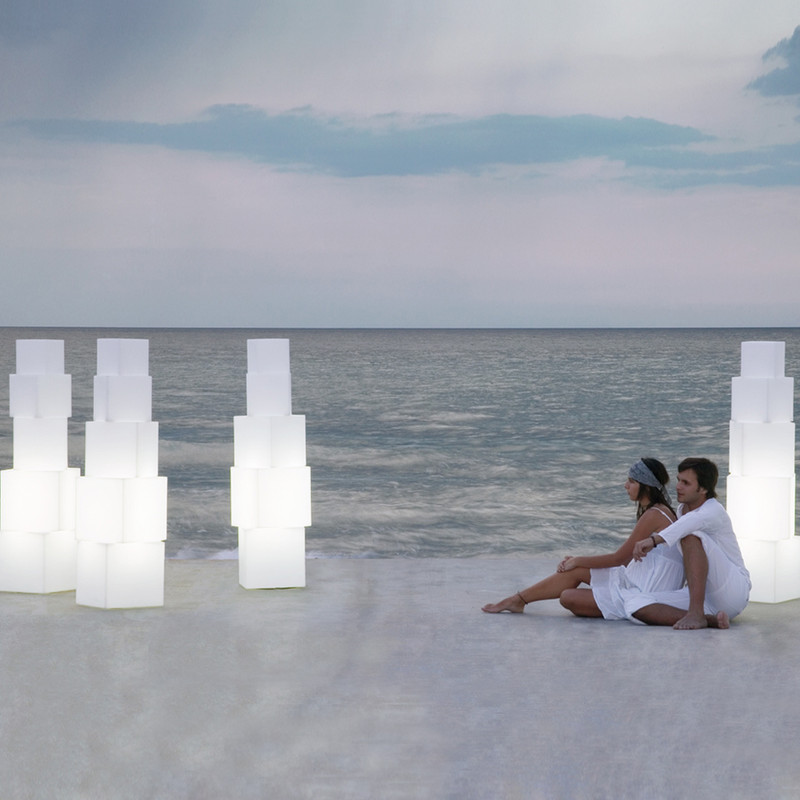 “A collection of outdoor lamps inspired by basic geometric shapes to create spaces full of light.” – José A. Gandía-Blasco – Cubos is a designer lamp inspired by overlaying a basic geometrical element that is recognized by cultures around the world – the cube, a global classic that has been part of our daily lives since time immemorial. Its sober and elegant design make this lamp a natural extension to any indoor or outdoor space, including large contract projects. Cubos is a portable outdoor lamp made from 100% recyclable rotation-moulded polyethylene. The lighting comes from the 3.5m long fluorescent tubes that come included. It is designed to enjoy attractive and welcoming settings. Cubos is an original design by José A. Gandía-Blasco for GANDIABLASCO. 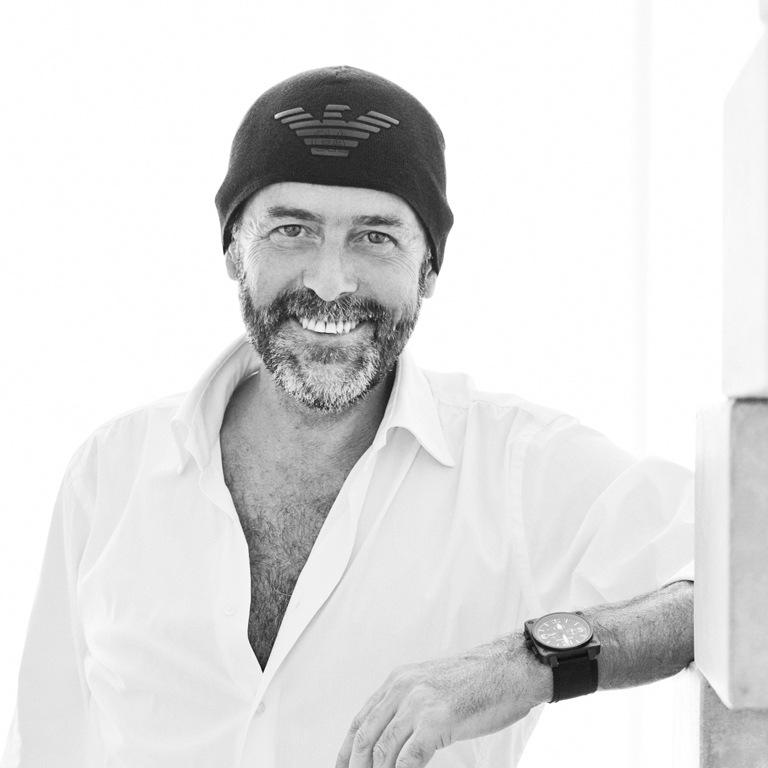 José Antonio Gandía-Blasco Canales was born in Ontinyent, Valencia. After studying law at the Valencia University, he joined the family business GANDIABLASCO, a blanket manufacturer. After travelling throughout Spain as a business agent, he began to work on responsibilities in the company. With the help of Marisa Gallén and Sandra Figuerola, designers, GANDIABLASCO reshaped the image of the company. The current logo was created, the silhouette of a graceful kitten, as well as the first reversible design carpet collection, which later received the IMPIVA Award 1990 for innovation. The building of his summer residence in Ibiza in 1996 and the need to furnish the house with outdoor furniture that would match the architectonic concept, took José A. to take a closer look at furniture design for the first time. In close collaboration with the architect, they developed the “Na Xemena” collection which is still the outdoor furniture reference of the company GANDIABLASCO. The consolidation of this new product line contributed to the diversification strategy of the company. In 1999 he inherited the company, and started with the definitive structural change. José A. managed to lead the activities of a solvent family business towards the international benchmark it is today. Experimenting and innovating with materials and shapes, he has been able to turn the ideas of a lover of the Mediterranean culture into a brand image and lifestyle which are well known on the five continents. Besides being the company president, Jose A. is also its artistic director. He has designed a great majority of the furniture and textile collections that GANDIABLASCO now sells around the world: the ‘Saler’, ‘Clip’, ‘Lipstick’ and ‘356’ outdoor collections, accessories such as the Picnic Deckchair and clack! Chair, as well as a line of lighting products. He has also designed a wide variety of pieces of furniture as part of his vast Outdoor Spaces collection: daybed, sofa pergola, merendero, tipi, cristal box, as well as their modules and enclosures. He has also designed rugs such as ‘Pack’, ‘Peineta’, ‘Hidra’, ‘Círculos’, ‘Champiñones’ and the ‘Piedras’ duvet, all of which are easily identifiable with the GANDIABLASCO lifestyle. 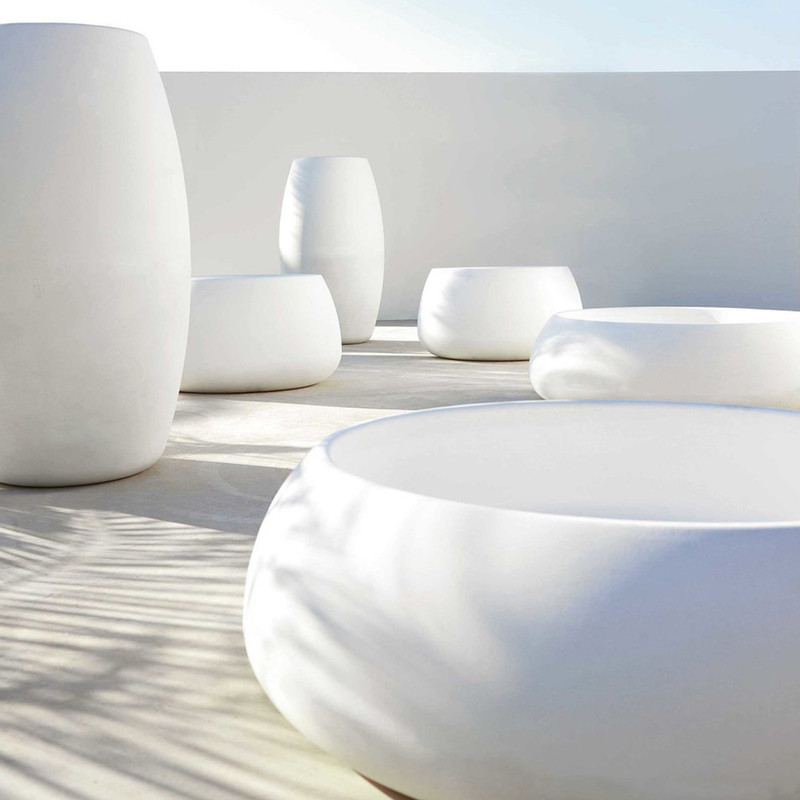 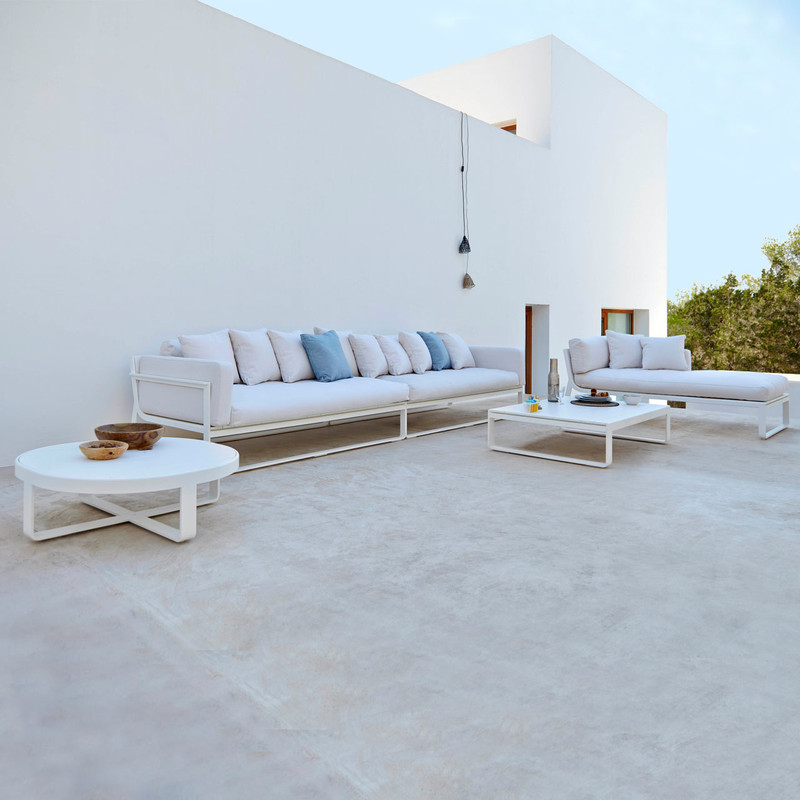 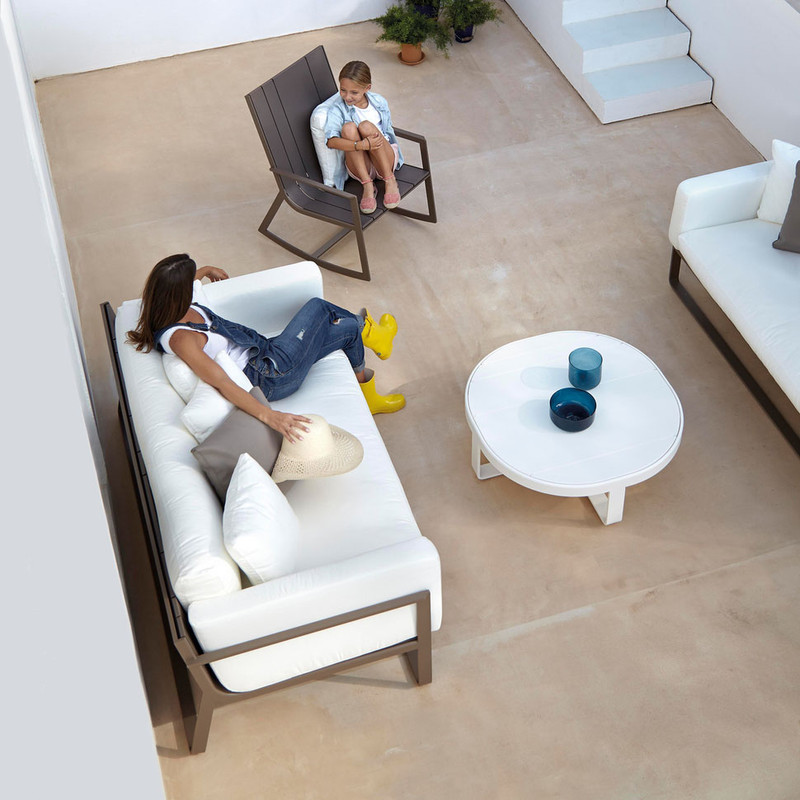 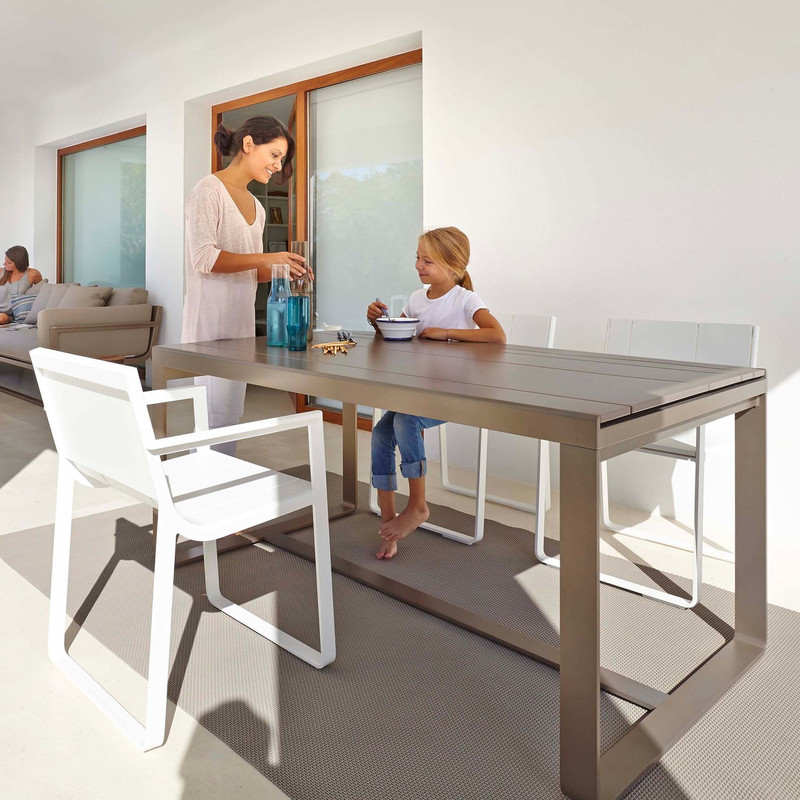 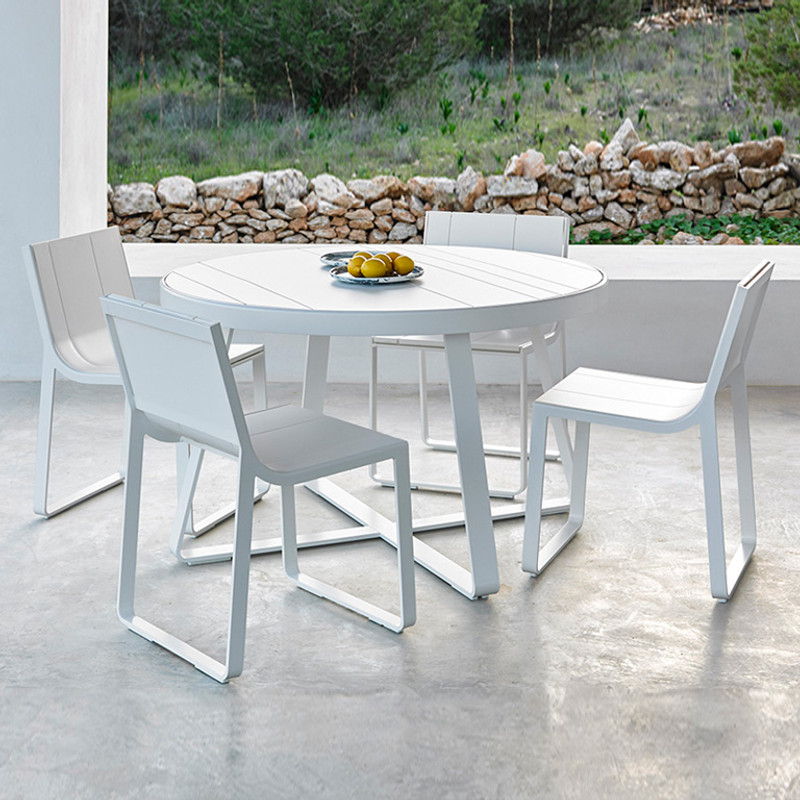 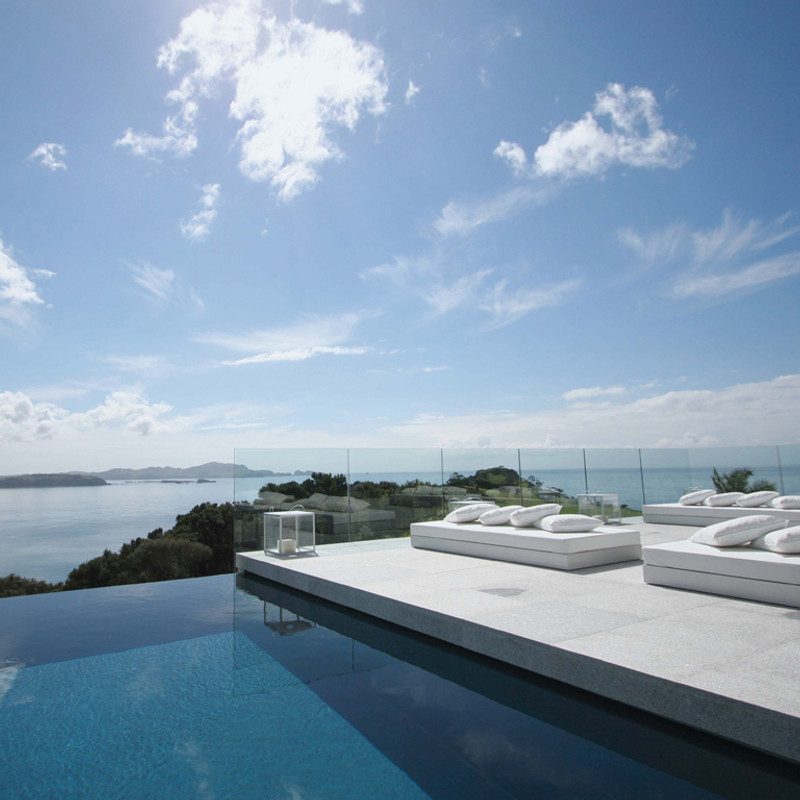 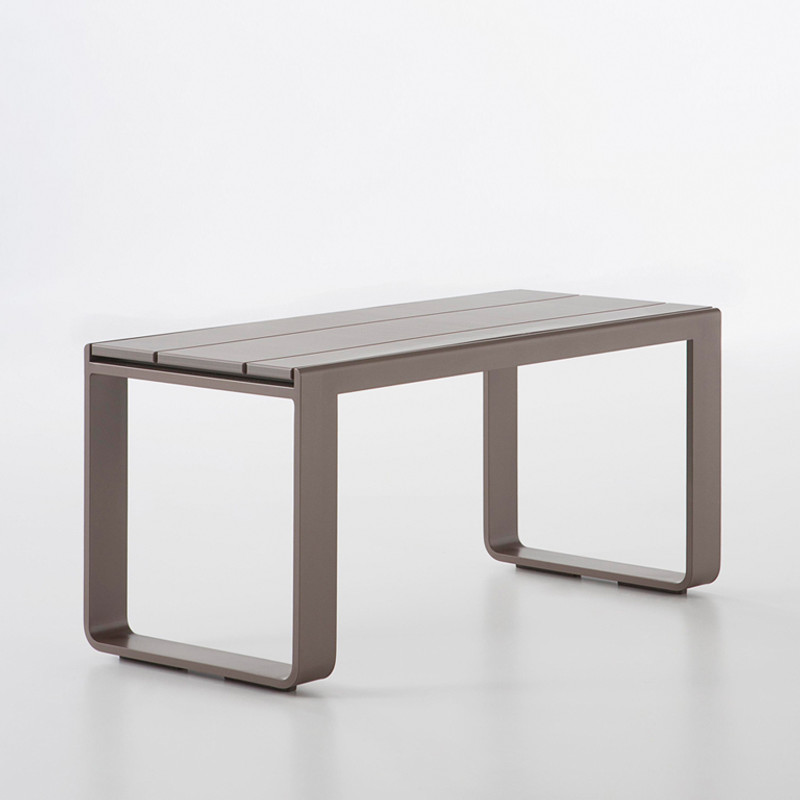